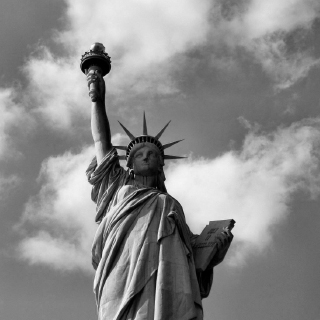 Just as continental European composers went to “The New World” to try their luck, the successful American Vanessa Lann took the opposite route.

The Czech composer Dvořák moved to the United States by invitation to become the director of the newly established National Conservatory of Music in New York. The political turmoil in Europe in the 1930s prompted Bartók to emigrate to America. After the Russian Revolution in 1918, Rachmaninoff left turbulent Russia and, with financial aid from friends, boarded a boat bound for New York City where the virtuoso pianist was hailed like a star.

Like so many Jews in the 1930s, child prodigy Erich Korngold (Brno) left for the United States. He was asked by Warner Brothers to compose music for a movie and became a much sought-after Oscar-winning film composer in Hollywood. Initially vilified as “just a Hollywood composer,” his work was later widely acclaimed by critics who proclaimed it the best works since Brahms. Korngold's music is currently making a comeback on the concert stage.

A team of international stars brings you a special and varied program full of less-known gems.