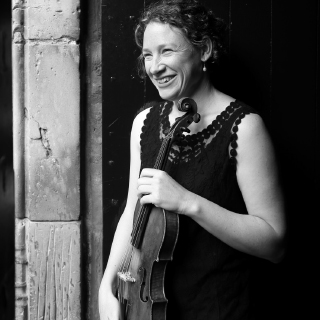 "I used to write like the Devil in those days” said G. F. Händel about his youth.

A program with some of the most inventive Italian, German, and French composers from the Baroque Era.  Many of them, as composing instrumentalists, were the travelling "rockstars" of the time, but some of them have fallen into oblivion. Is this fair?

Did you know that, in his time, Telemann was held in higher esteem than both G.F. Handel and his friend J.S. Bach? And what IS the difference between Italian Baroque or French Baroque style or playing? Violin virtuoso Geminiani was considered at the time a musical demigod. His nickname Il Furibondo - the madman - was reportedly not only because of his expressive rhythms.. And Santo Lapis was certainly no saint, whose extensive international career also makes one think of Casanova's “escapades".

A regular baroque concert with just traditional repertoire is not for these musicians. Let yourself be surprised by music that is daring, exciting, and groundbreaking, but also elusive, mercurial, and mysterious, and in which the above facts and fables will be explained personally by the musicians.

Francesco Geminiani
Sonata Opus 5, No. 1 in A major, for cello and harpsichord

Georg Philipp Telemann
Fantasia No. 12 in A minor TWV 40:25, for solo violin

Jean-Baptiste Senaillé
Sonata for violin and b.c. Opus 1 No. 6

*b.c. short for basso continuo with which the accompaniment was indicated.