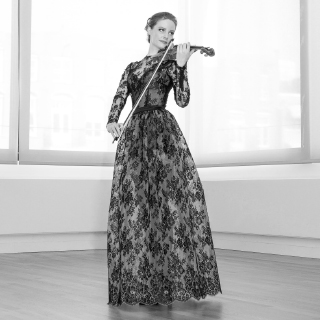 Just as fellow countryman and contemporary Claude Monet was a masterly revolutionary and founder of Impressionism in painting, Debussy created a new world of sound. Remarkably, the most beautiful music is often created during wartime. What was it that, in spite of the horrors, despair and chaos inherent in revolutions, allowed such fantastic music to flow from the composer's pen? Was it to express the tsunami of emotions?  Or maybe the music gods helped, as if it were a victory over dark times...

At the outbreak of the First World War, the frail Ravel was very motivated to serve his country.  He therefore worked feverishly on his piano trio and enlisted in the French army immediately upon its completion. Ravel was rejected for the front, but helped in the field hospital and later as a truck driver. The piece is an absolute masterpiece!

The program before the intermission is a showcase of charming, heartbreaking, sparkling, and virtuosic pearls of duos and solos.  Let yourself be transported with the music by these three great musicians.

Prices for this event:
Box office: € 22,50
Presale: Sold out, still a few tickets available at the box office
Registered Friends: € 17,50