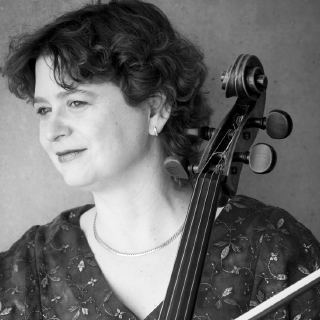 In 2020, Beethoven suffered a bit with all those cancelled concerts scheduled for the commemoration of his 250th birth year. Therefore, as a season opener, we present a special program about the young fiery heroic iconoclast from his early period. Radiating his zest for life!

In 1796, the then-26-year-old virtuoso pianist Beethoven made his first long concert tour that also took him to the court of the King of Prussia, Friedrich Wilhelm II. There he met the virtuoso cellist Jean Pierre Duport, who also taught the King the intricacies of cello playing. Although this sonata is dedicated to the King, Beethoven composed the Sonatas Opus 5, No. 1 and No. 2 for Duport and himself, also performing them several times at court. In this concert you will hear the second one of these sonatas.

The string trio - violin, viola and cello - was very popular in the aristocratic salons in Vienna at the end of the 18th century. The String Trio Opus 3 in E flat major was Beethoven's first string ensemble composition, modeled after Mozart's famous Divertimento for String Trio (K.563) from 1788. In the hands of the young inventive craftsman Beethoven, a groundbreaking masterpiece was created and this immediately brought him international attention as a composer.

Live chamber music from a still young Beethoven not yet suffering from deafness, accompanied by matching images and stories by the musicians!

Stories and Images about Beethoven

This concert is without intermission.