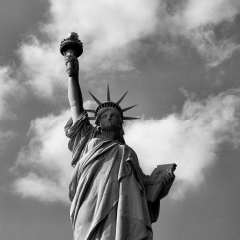 Help us through these bizarre times!

Many thanks also on behalf of the musicians!

Despite Pamela's optimistic words at the beginning of this season, unfortunately we have not able to realize it all, for reasons that had/have gripped the whole world.

Fortunately, against all odds we were able to have a beautiful season after all. Through a lot of shifting, rescheduling, replacing and negotiating, we’ve been able to have six special concerts so far.

The remaining two concerts of this season will certainly be highly enjoyable: an inspiring prelude to a beautiful summer.

We hope to welcome you there, knowing that a very special new season awaits after that summer.

Enjoy the beautiful spring and hope to see you soon!

The board of Foundation Vriendenconcerten

In the last two seasons I sometimes felt like we somehow ended up in a Harry Potter wizard book with all those concerts evaporating from my calendar before my very eyes! I can’t wait to play in-person concerts again and we have put together a special series of concerts for you!

This season violinist Tosca Opdam is Artist in Residence. We have both studied and lived in the United States for a while and during brainstorm sessions about the programming it became quickly apparent that we share the same musical vision.  The fact that we both are quite internationally oriented is also reflected in the programming of the series. The cooperative planning worked like a dream and I look forward to sharing the stage with Tosca and her musical friends.

Instead of the usual seven concerts, it ended up being twelve this time around! Nine wonderful programs, of which we will even perform the Misa Criolla four times in 4 different places! It was one of my great desires to eventually program this Creole Mass in the series.

Making special connections with other disciplines is also something about which Tosca and I are both passionate. Therefore we are extremely happy that the collaboration with the Amsterdam Museum is actually coming to fruition. In a way I wish to highlight every program here. They sort of become like little brainchildren. And I’m not even referring to the talented kids that are making an appearance this season! But by all means, do have a look at the entire programming for yourself. Hopefully you are as enthusiastic as I am.

Of course I do hope that all concerts can happen ‘normally’ as planned, that the financial numbers are coloured green, that the hall is fully packed and that we can share the most beautiful music with you.

No DVD/CD can compete with or substitute that! To play for a live audience and tell a musical story, create an invisible bond, share emotions; wow, how much I missed that when it was not possible anymore! I hope you did too and that we will see each other in the concert hall again.